COOK WITH LOVE FOR A HAPPY HIM

If you're a company looking for possible collaboration, feel free to send me a message via Miki's Food Archives Facebook Fan Page or email to miki9mak@gmail.com

July is a happy month! because this is the month that my lovely boy arrived. Since last year, after I bought my oven, I let him wish for his birthday themed party. This is actually my wish when I was small but I'm not as lucky as him :)

Last year (2014) I made a Happy Hippo Birthday Cake with Happy Hippo Cupcakes for his classmates and teachers. This year, he asked for Pooh Bear Theme for school party and Lego theme for party at home with our closed relatives. Here's the 'in the making' of the cakes and cookies. 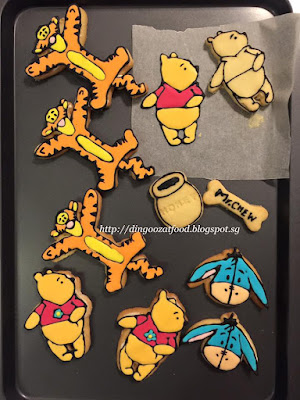 Finally kick start my baking for testing and tasting of Royal Icing and sugar cookies. This was my first attempt drawing with royal icing. Not easy at first, this was the most tedious job in my baking so far...... Continue to read how I made these beautiful Winnie The Pooh cookies >>

Started my fondant cake project with a fondant piglet and Bubblegum ghost of Candy Crush Soda game. Yes, my son has requested another themed cake for his lunar birthday ;)

This was my first time making piglet and the bubblegum ghost.

Click here to read how I made the piglet fondant figurine >> 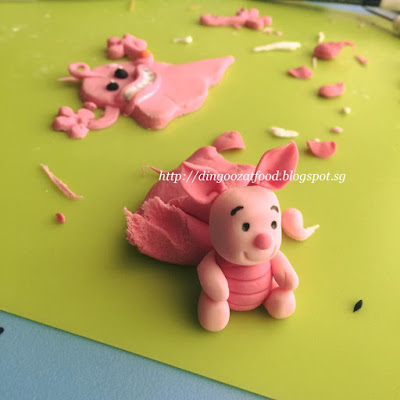 
Son, changed his mind. Now he doesn't want Winnie the Pooh cake, he wanted to have Penguin of Madagascar Cake! It's totally fine to change his mind now because I haven't really decide how to make the Winnie the Pooh Cake lol...


Somehow after I shaped the penguin, the black fondant doesn't stay in shape. So my skipper became fatter and shorter and ended up look like AngryBird! Lol.... 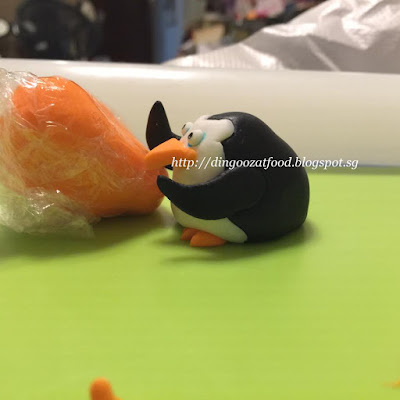 After chopped off the back, looks a bit slimmer but.....it doesn't look like what it supposed to look like.... Not one little bit! :D 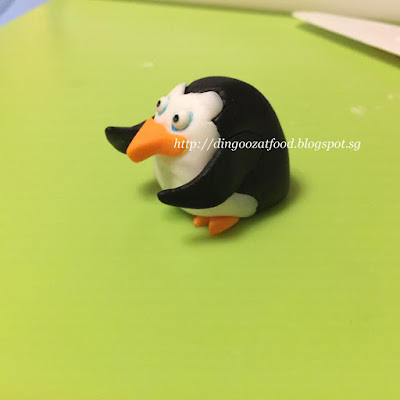 I'll definitely will make this again!!!!

Little boy wanted to have Winnie the Pooh and Penguin of Madagascar cake, an all in one cake. Challenging but I like it!

Here's the Winnie the Pooh fondant figurine that I have made... 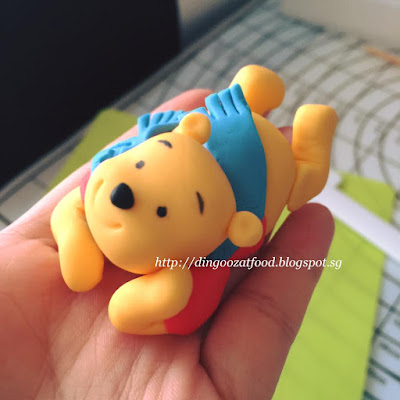 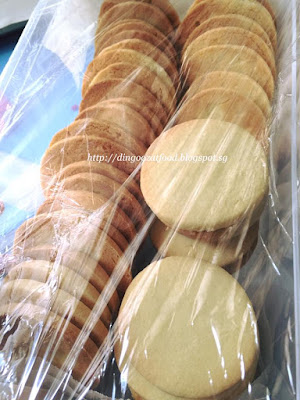 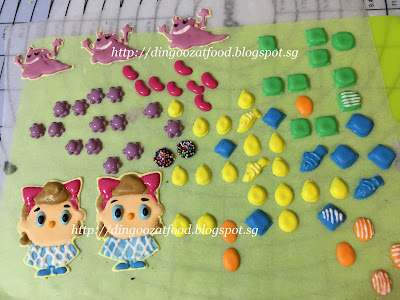 Thanks to my readers who have voted for me. 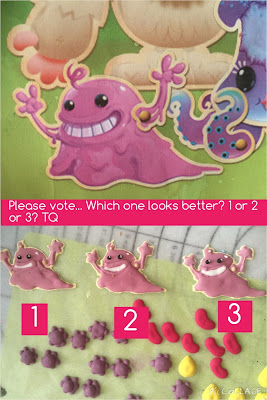 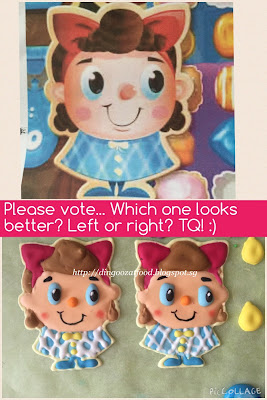 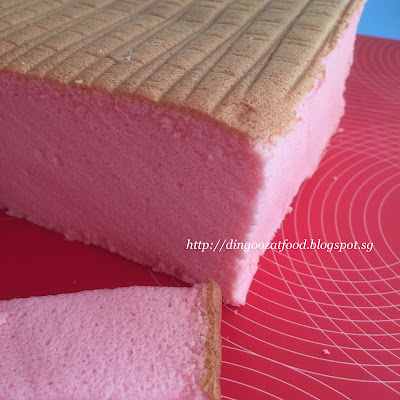 Cake and toppers are ready, now it's time to make the base. The cake board for my Candy Crush themed cake. It was 1:12 am. 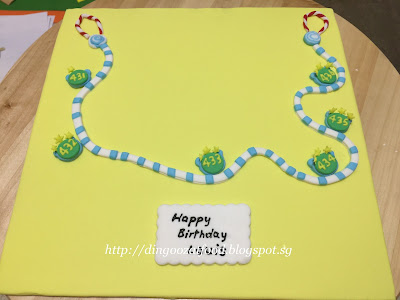 The most fun part of decorating birthday cake is the 'assembling' part. Click here to read how I assemble the Candy Crush themed birthday cake >> 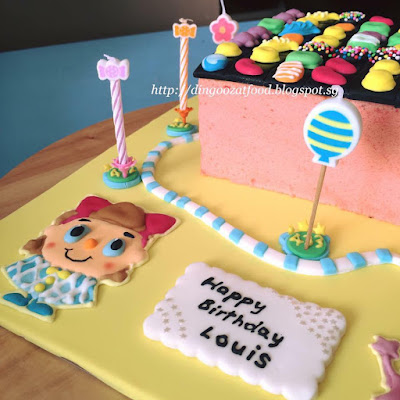 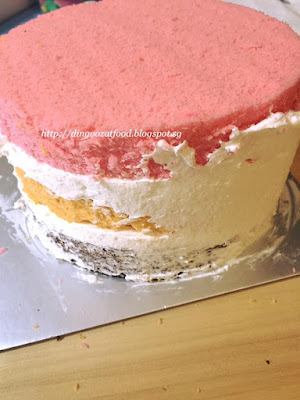 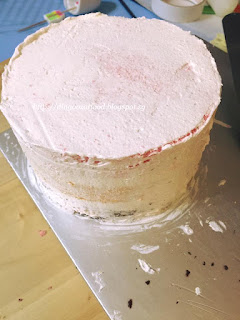 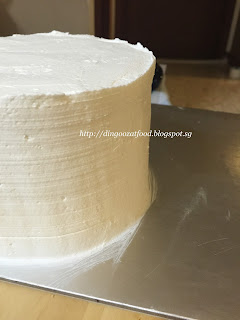 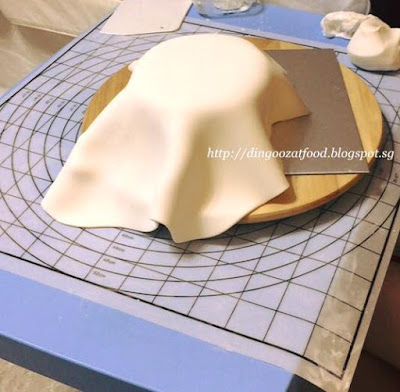 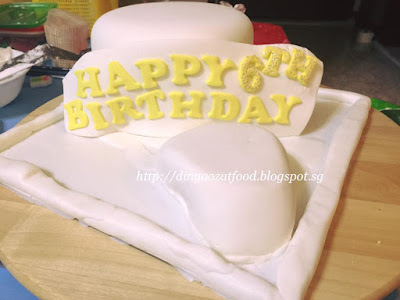 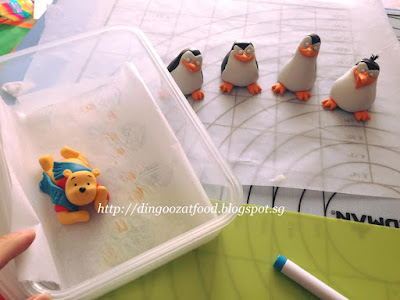 Playing with the Penguin of Madagascar :D 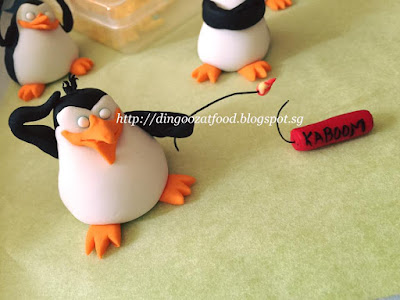 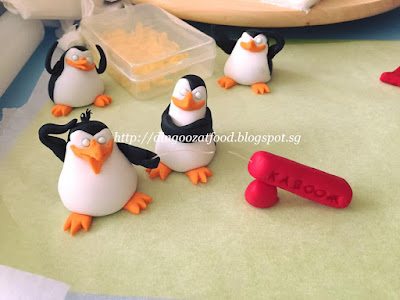 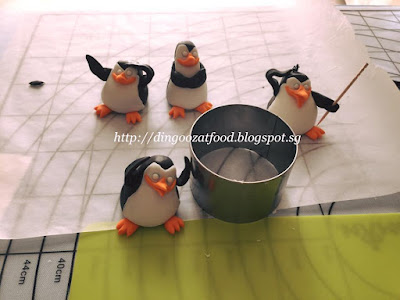 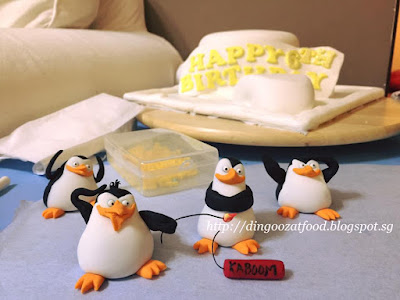 Watch the video of my Penguin of Madagascar fondant figurines here >> 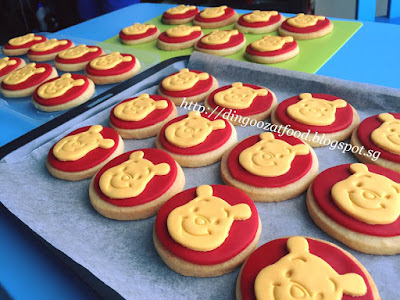 Click here to read how I put everything on the cake >>

Back to the grandparents home...Lego theme birthday party! My sister in law made a Lego themed cake that SPIN! Click here to watch the video and read more >>

This is the bread that I like most, also my family all times favourite :) When I first started making Polo Bun, I used Water Roux... 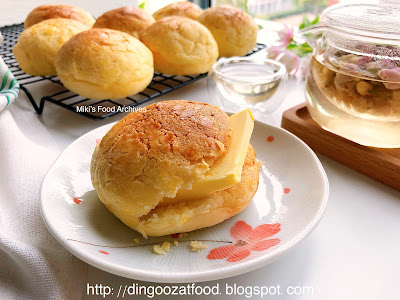